While Erin and I went into our honeymoon focusing on relaxing by the ocean and rejuvenating (which we did do plenty of) after some hectic weeks of wedding planning, one of the favorite parts of our trip to St. Lucia came on our last full day when we went on a land and sea tour of the island.

Here’s how our day of adventure went:

While eating breakfast at the resort, we watched a light rain turn into a magnificent double rainbow over the ocean. It was a sign to us that today was going to be a terrific day weather-wise.

We couldn’t have been more wrong.

I’ll start out by saying that we had absolutely beautiful weather for our entire trip, until our last day. It rained hard and frequently throughout our day-long excursion. We were cold and wet, and to many, that doesn’t sound fun at all. We felt the same way during parts of the trip, but after we returned to our room after the tour, we realized that we would have just stayed cooped up inside our hotel room all day and would have essentially wasted our last day on the island.

Along with a handful of other honeymooners, we caught a bus from our lobby, which delivered us from the resort to the city’s harbor. The bus driver pulled over at an unidentified curb in the middle of the downtown, told us to "go to the right", and took off as soon as the last couple had exited the bus. Our group of five or so couples cautiously wound our way through a St. Lucian market, until we found a small dock on the harbor. We waited here for around 20 minutes, and just as we were all starting to grow a little suspicious, two boats pulled up, and we were greeted by three crazy, fun-loving, (and most likely pot-smoking) St. Lucians. After getting everyone situated on the boat, they got down to business.

First rule: “No one gets hurt. We don’t do paperwork.”

I look at Erin. We didn’t really sign any waiver forms or anything. Our fingers are crossed.

And second rule: “We’re going to party like rock stars!”

The tour guide, who strangely resembles a shorter Snoop Dog (and of course, he made sure we called him ‘Snoop’ for the day), pulls out a gallon of homemade rum punch. “We have three full gallons of this stuff! And It’s going to make you feel awesome!”

Again, I look to Erin. We smile and just accept that it’s going to be one hell of a tour. Side-note: at one point I asked for a rum and coke. It was more like rum with a hint of coke.

Our excursion, called the “Joe Knows” tour, was awesome. Not only do you get amazing up-close views of the island’s main landmark, The Pitons (two 3,000 foot cliffs, which ‘Snoop’ referred to as St. Lucia’s boobs), but you also get to snorkel at the reef between the Pitons.

So, we’re boating at a pretty good clip and sure enough, it starts raining. At first, just a drizzle. Then it starts pelting down on us. Wearing a cotton T-shirt was a bad idea. With more rain and wind, our boat’s captain, named Cupid, kicks the boat into a higher gear and we start bouncing up and down even more. His face reminded me of Lt. Dan from Forest Gump when Forest and him were taking their shrimping boat through the heavy storm.

Because the ocean is pretty rough, we're bouncing up and down and then we hear a scream. The canopy that was screwed into the sides of the boat snapped off and hit this one guy (Nick, aka typical frat boy honeymooner) in the head.

Remember the first rule — don't get hurt. I think he survived.

When we arrived at the cove where we would snorkel, the Caribbean guides pulled out a trash bag of worn-out snorkel gear and handed it out. I'm sure it was sanitized. Nick came prepared with his own gear, naturally.

For length's sake, I'll fast-forward a bit: After snorkeling, we went inside St. Lucia's dormant volcano, took a mud bath, relaxed in a natural sulfur hot spring, and then rinsed off in a water fall! If you watched the season of the Bachelor where they went to St. Lucia, you know exactly what I'm talking about.


Really, the best part of the tour is that the guides would take our photo at all of the scenic places. Here are some photos from our tour! 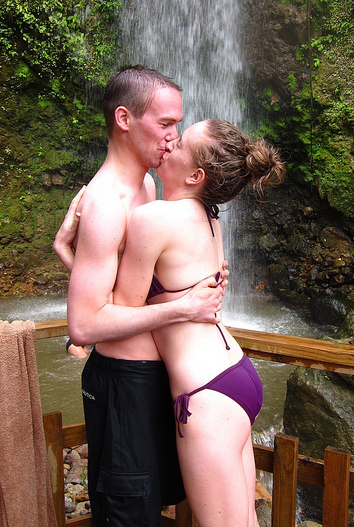 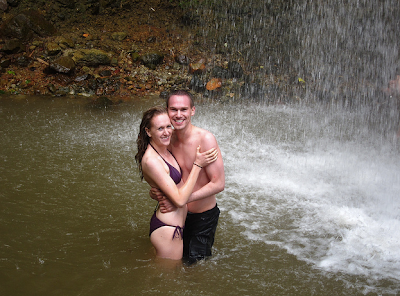 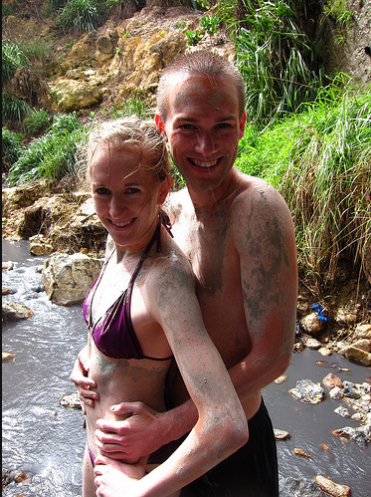 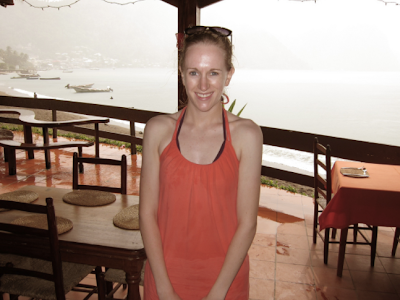 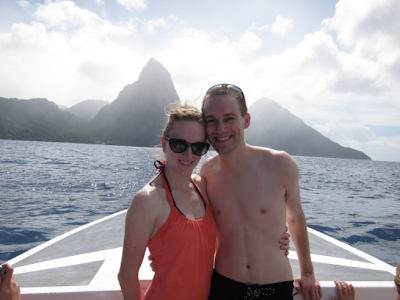 Our entire honeymoon was of course amazing, and consisted of the typical pina colada-in-hand pool-side and beach-side relaxing. Our Joe Knows excursion was the extra element which will make our honeymoon that much more unforgettable, which is why we wanted to share.

Email ThisBlogThis!Share to TwitterShare to FacebookShare to Pinterest
Labels: honeymoon