Enjoy Your Sunday and The Game 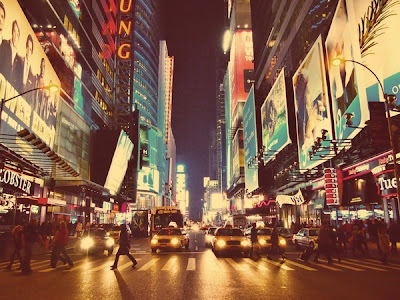 Is it just me or are the weeks flying by? Here we are again on another Sunday, with another work week ahead of us.

For us, today's Sunday is outside of our normal pattern because Erin heads to New York City this morning for three weeks on an engagement with one of her businesses clients. It'll be the first time sleeping alone in this condo since moving in as a married couple! I'm sure she'll have a blast tonight if she's out and about in the city, as the New York Giants battle to win the Super Bowl rematch tonight against the New England Patriots. (I also told Erin she needs to contribute at least one blog post while she's out there!)

I'll be cheering for the Giants.

What are your Super Bowl plans? I'm having a couple of friends over (one that happens to work at a brewery... hello craft brews!) to watch the game, the commercials, and Bay City, Michigan's own Madonna at halftime! If you're doing something fun — let us know below by leaving a comment.

Enjoy your Sunday and work hard this week. Hopefully you completed Friday's assignment, because for this week — call somebody you haven't talked to in a while and catch up with them. You'll feel much better!

Romney wins Nevada and heads to Colorado next

I finished our taxes yesterday, how about you?

And if you aren't into football, there is The Puppy Bowl
Posted by Erin and Andrew Dodson at 8:11 AM