Sunday: A Short Week Filled With Love Ahead 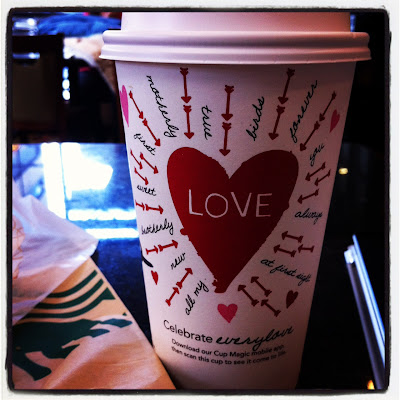 What an end to another week. The news of Whitney Houston's death shook the music world and probably set some kind of record on Twitter. While it didn't have the impact that Michael Jackson's death created, the world always reacts to the passing of great talents on a grand scale. Whitney was certainly one of the best. My dad loved her voice. I have vivid memories of Sunday mornings growing up when my dad would blast her album through our speakers, ultimately becoming the alarm for the rest of the family in the house to wake up.

The greatest love of all lives on this week, though.

While some call it a Hallmark holiday, Valentine's Day is this Tuesday (it's actually my birthday... welcome to the quarter-century club), and there's probably some confusion to what needs to be done on that day designated for love.

This morning, I read a column in the Wall Street Journal about Valentine's Day. The author asked four guys what is the appropriate thing to do for their significant other on Tuesday. Read the article to see the responses, which were quite dynamic.

The best part of the piece is when she asked her husband why they continue to do something for each other on Valentine's Day, despite being married for a long time.


"I guess I've just been trained to think of it as a water-cooler holiday," her husband said, "and you never want your girl telling her friends she got nothing for Valentine's Day."

That was a pretty cute answer.

"I really appreciate that, Sweetie, but we're not dating and we're not 25-year-olds," I said.

Ideals of romance change. There was a day when to me romance might have been about roses and grand gestures of affection. But not today.

"What I would love for Valentine's Day is to be able to go to a yoga class with you after work and not be the one who is responsible for finding a baby sitter," she said. "Then I would like to come home and not cook dinner and not clean up the mess I didn't make when I wasn't cooking."

So that is what I will get on Valentine's Day and I'm really looking forward to it.

So, is Valentine's Day a Hallmark holiday? Probably, but even if you do nice things to show your love every day for your significant other, let Valentine's Day serve as a day to emphasize your point. It doesn't have to be with flashy jewelry or new boots (although that's not a bad idea...) — it's a day to say "I love you" again. You can never say that enough.

p.s. It's a short week (the headline) because I leave for NYC Thursday afternoon to see my wife! That's when we'll celebrate Valentine's Day.
Posted by Erin and Andrew Dodson at 11:38 AM