Why being together is always perfect 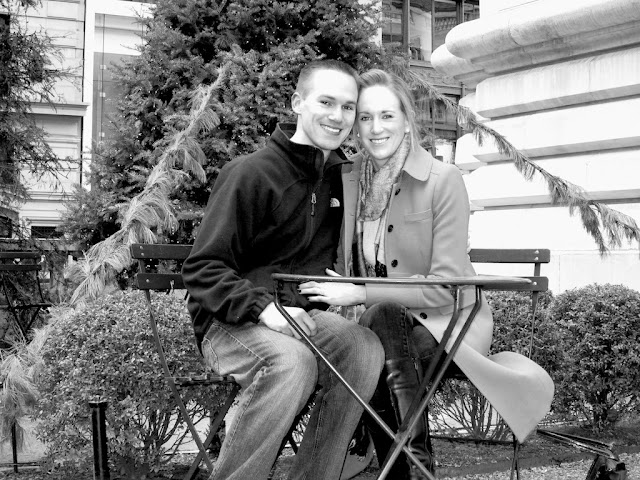 Throughout the work day, Erin and I email each other updates on how our days going. There's typically many "I miss you" and "today is dragging" messages, along with the occasional "you won't believe what just happened" messages.

Yesterday, I received one of the nicest emails during the day from Erin that made me pause at work and reflect on how lucky we really are to have each other. The email was about our weekend in New York City.

"...I don't even have a favorite part because even the littlest, meaningless parts were so perfect — like wandering down the street, or getting sangria at Avenue Q. Had I been alone or with someone else doing those things, they would have been next to meaningless. But with you, they were these perfect little moments.  We can be doing absolutely nothing, yet I'll still stop for a second and think back to those moments, and get a warm fuzzy feeling. I feel like that's how you know you're really supposed to be with someone..."

While that was just a sample of what Erin sent me, I'm sure you get the idea. When you're in love, it doesn't matter if you're enjoying a night in watching TV, or at a fancy restaurant where the final bill for two flirts with $300. It only matters that you're with your best friend.

If you're lucky enough and already found the right person to spend the rest of your life with, reflect on that idea today. If you're still looking, don't get discouraged — they're still out there.

Happy Thursday — you're almost there. Cheers.
Posted by Erin and Andrew Dodson at 7:00 AM

Email ThisBlogThis!Share to TwitterShare to FacebookShare to Pinterest
Labels: marriage