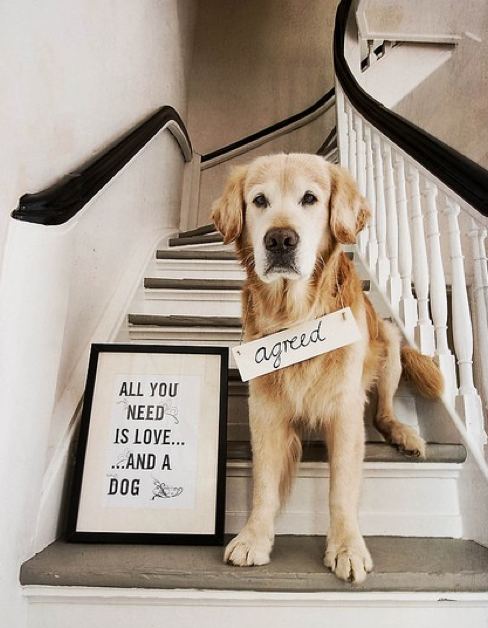 I don't know about you all, but for some reason this week FLEW by for me, which is nice, but at the same time, it's kind of starting to feel like all of the days are meshing together.

Tonight, Andrew and I have big plans to stay in (with the balcony door wide open), drink wine, eat homemade pizza, and watch Girl with the Dragon Tattoo. It's supposed to be absolutely beautiful here in Denver this weekend, so we're planning to make the most of it and run/ B-cycle all around the city. I'm also contemplating taking Andrew to Larkburger, which I was just introduced to a couple of weeks ago (you haven't lived until you've tried their truffle & parmesan fries).

Andrew and I have also had some serious pet fever lately. We've gone back and forth about it for a while now--usually it's Andrew begging to get a cat and me telling him no, but I'm beginning to hop on board. We've been sending eachother profiles of cats, dogs, and bunnies from local animal shelters all week. We'll get to the point where we have ourselves almost convinced, but then start re-thinking- "Where would we put a litterbox? It wouldn't have enough room in our apartment. Our lives are too busy now, it would get lonely. But it would be fun! Look how cute this one is!", etc, etc...So we'll see where this weekend brings us, maybe we'll stop by an animal shelter, just for fun.

Do you have any fun plans this weekend? Will you be seeing the Hunger Games?! I've been dying to see it ever since I read the books on our honeymoon, but I promised my sister I would wait to see it with her when she's home next weekend. Also, any pet advice? Leave a comment below! We would love to hear from you.

Finally, a few fun things from around the web...

A tumblr about a dog standing on different things. Hilarious. And also quite impressive.

Have you seen these retro ads? They're RIDICULOUS.

And because I can never watch this too many times, and balled my way through the entire documentary on Animal Planet a few nights ago, the Christian the Lion video.

Have a fabulous weekend!
Posted by Erin and Andrew Dodson at 4:10 PM