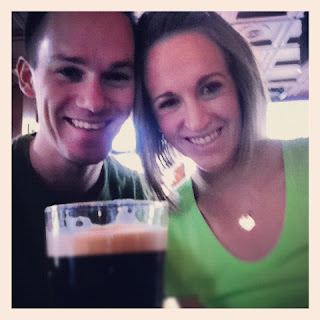 Erin and I have been slacking on the blogging this past week. It was a quick week filled with normal day-to-day work things and nothing overly interesting, but our St. Patrick's weekend was fun and relaxing. At least it ended that way — the morning was a little shaky.

Going into Saturday, we thought we would meet up with friends downtown, casually enjoy some Irish drinks throughout the day and take in the beautiful 75-degree weather. Erin had a salon appointment at 11:45 a.m. and we thought it would be fun to ride B-Cycles (we're members now — check it out) downtown to her appointment. We knew that the St. Patrick's Day parade was going on, but we didn't know it went through all of lower downtown where Erin's appointment was, and that it was going to last for more than four hours. This is where it got stressful.

First, when using the B-Cycle (it's a bike-sharing service), you need to check into a bike dock at least once every 30 minutes, or you're charged an extra dollar. The station we planned on checking in at, however, was essentially blocked off by the parade route, so we were forced to park our bikes about 5 blocks down. Not a problem — we can walk and still make the appointment. The only problem is that we have to weave through thousands of (mostly drunk) St. Patrick's Day fans. And of course, the salon is located on the main block of the parade route, which forced us to hop through parade barricades and cross the route twice! I guess we can say that we were kind of part of the parade? We ended up being 15 minutes late, but luckily the salon people understood and didn't cancel Erin's appointment.

After the appointment, we quickly got out of lower downtown and headed to a much less crowded bar near uptown, closer to where we live. The day was much less stressful after this.

Our initial plan to stay out and take in St. Patrick's Day festivities was short-lived, but that was just fine for both of us. Erin did a little bit of shopping with her sister and mom while I relaxed at home. When she returned, we headed to Macy's and our day became much better after we bought this: 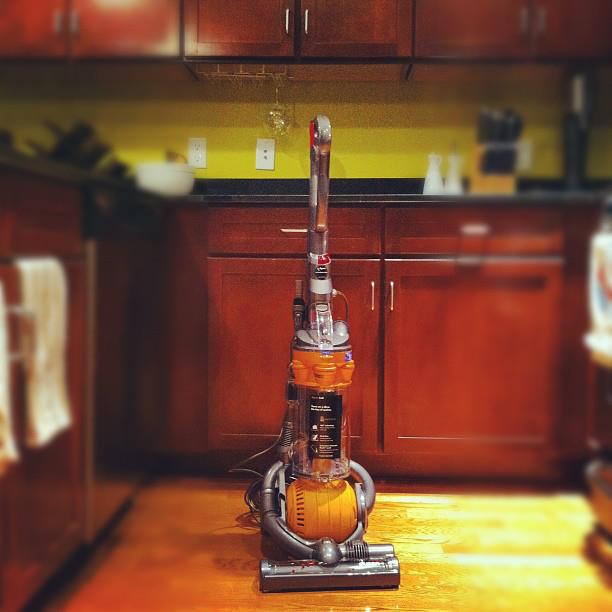 That's right — we're officially owners of a Dyson Ball Vac. Thanks to plenty of credit card reward points and Macy's gift cards, our final balance was $0 on this beauty! I've never been so excited to clean! We'll see how long that lasts, but we did put it together right away and give the condo a quick sweeping. It works wonderfully!

After shopping, we decided we should get dinner in Cherry Creek. This is the first place we walked into: 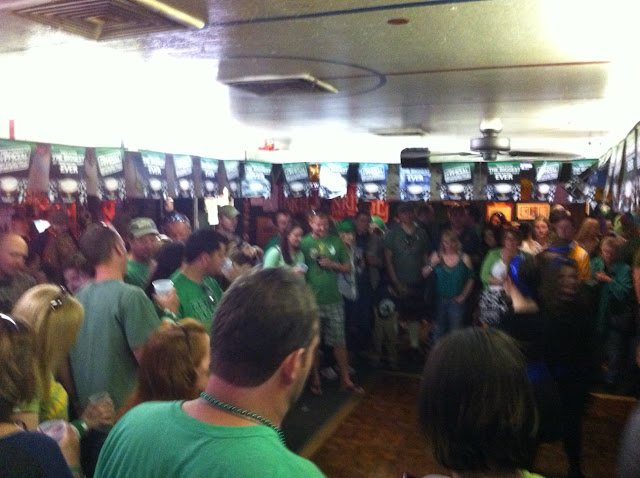 Clearly, this wasn't what we were looking for, but props to the Irish step dancers inside. We settled for a nicer place: 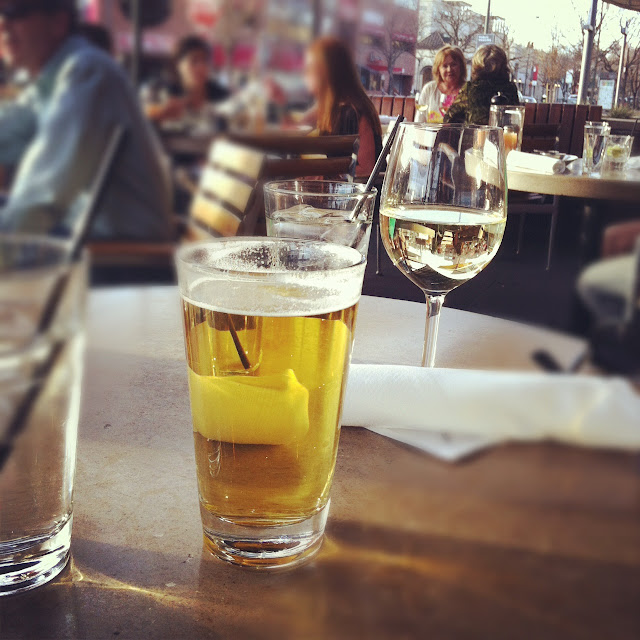 With beautiful weather, a cold Stella Artois, a sweet riesling and a tasty dinner — our second choice was definitely better.

That night, we decided to stay in and watch a movie! Side note: For $99, you can buy an Apple TV to hook up to your TV — it's one of the best purchases we've made! Watching new movies is a bit more expensive than renting ($4.99), but the convenience pays for itself. We watched... 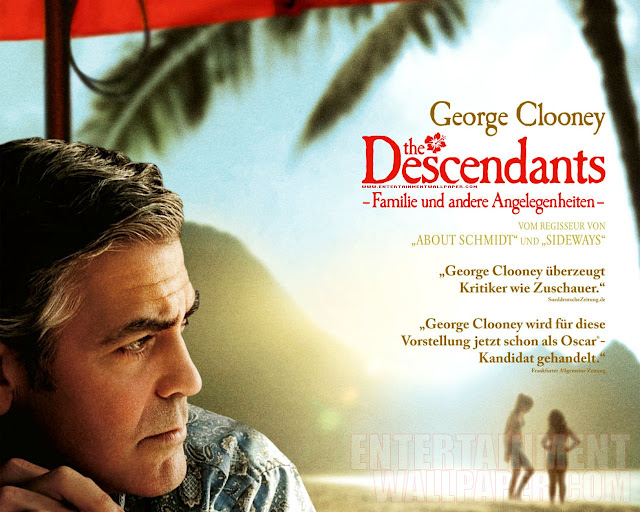 It was a pretty good movie, but we can see why it didn't win film of the year. We'd recommend it, though!

And now it's Sunday afternoon! We went to church in Cherry Creek this morning, sipped coffee at the nice Starbucks patio outside and watched a variety of dogs walk by... which got us thinking. It might be time. Maybe....

Back to work tomorrow for another full week. We hope you had a great weekend!
Posted by Erin and Andrew Dodson at 2:10 PM